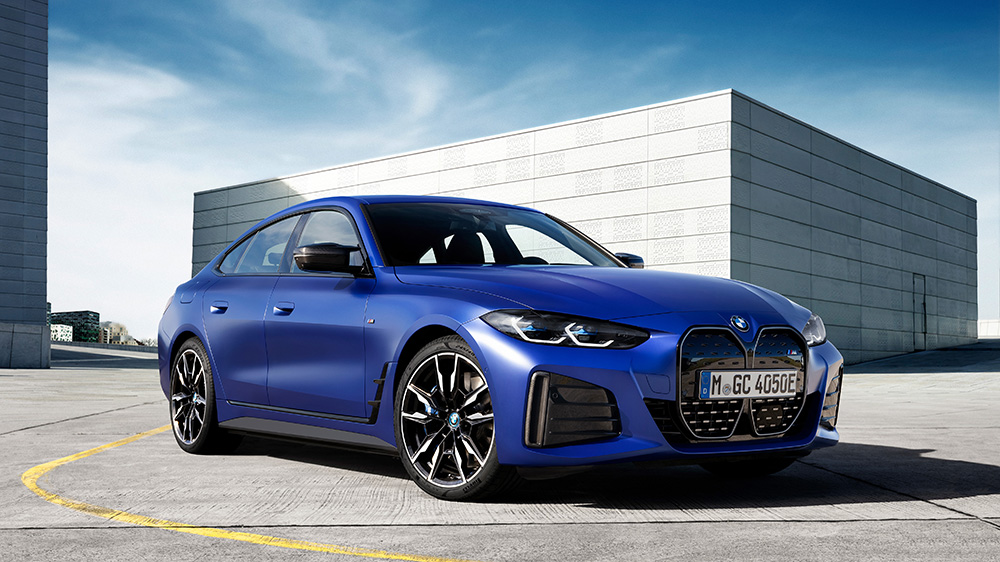 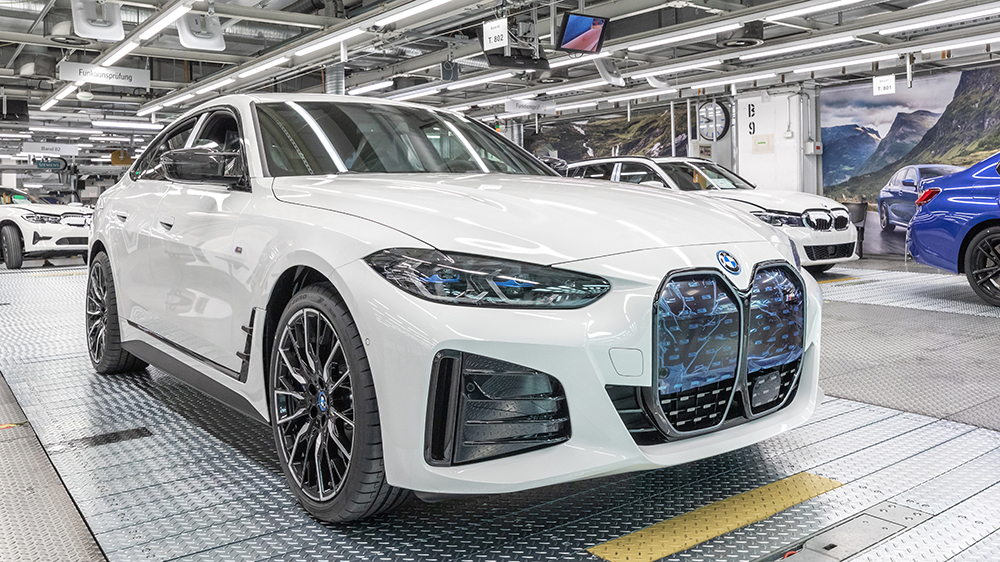 The first production-series i4 sedans started rolling off the line at the company’s main manufacturing facility in Munich late last week. Not only does this suggest deliveries of the all-electric four-door can begin soon, but it’s also a sign that the marque is prepared for the future.

It may not be as hyped as the Mercedes-Benz EQS or Lucid Air, but the i4 is one of the more important BMWs in recent memory. The athletic sedan, which looks like a more imposing version of the current-gen M4 sports coupé, is at the heart of the company’s electrification push. It seems well-suited for the role, as its dual-motor powertrain will be able to generate up to 530 hp, 33 more than the current range-topping M4 Competition. Its estimated 300-mile range may not be able to compete with the likes of the Air or Tesla Model S Plaid, but it should be more than enough for most, even those who intend to drive the vehicle daily.

Some automakers have built entirely new factories for EV production, but BMW will instead use a facility it’s been using for nearly a century. Although 90 percent of the plant’s existing machinery could be used to build the vehicle, around $230 million worth of upgrades were necessary, including a new fully automated battery assembly system, according to a press release. Thanks to these changes, the factory is flexible enough to handle production of the i4, as well as combustion-powered and hybrid vehicles like the BMW 3 Series Sedan and Touring, the BMW M3 and the BMW 4 Series Gran Coupe.

“For the plant and team, the launch of the BMW i4 is a milestone on the road to electric mobility,” BMW board member Milan Nedeljković said in a statement. “By 2023 more than half of all vehicles from our Munich facility will have an electrified drive. The majority will be fully electric. So Munich goes fully electric.”

A freshly built BMW i4  BMW

Earlier this spring, BMW said it expected deliveries of the i4 to begin before the end of the year and this news suggests it may actually be able to deliver on this promise. The vehicle is available to pre-order now, through the BMW website. It’s available in two versions: the standard eDrive40 model, which starts at $55,400, and the high-performance M50 model, which starts at $65,900.

It looks like the brand’s electrified future is finally upon us.