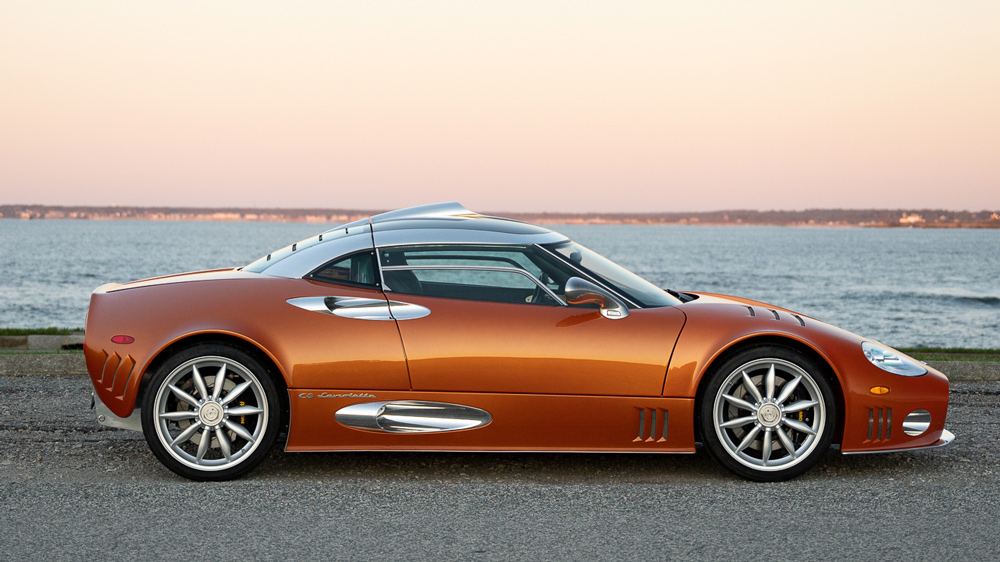 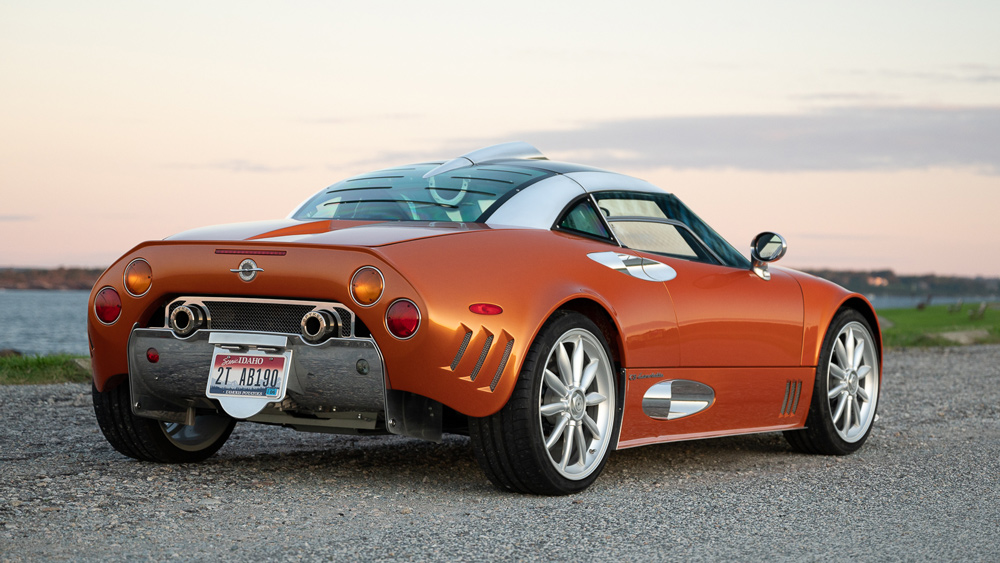 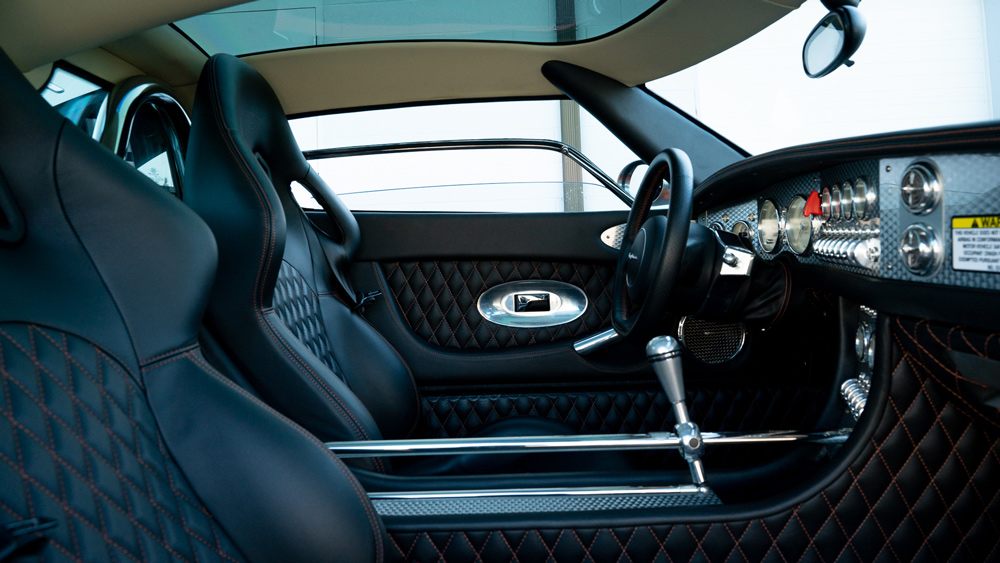 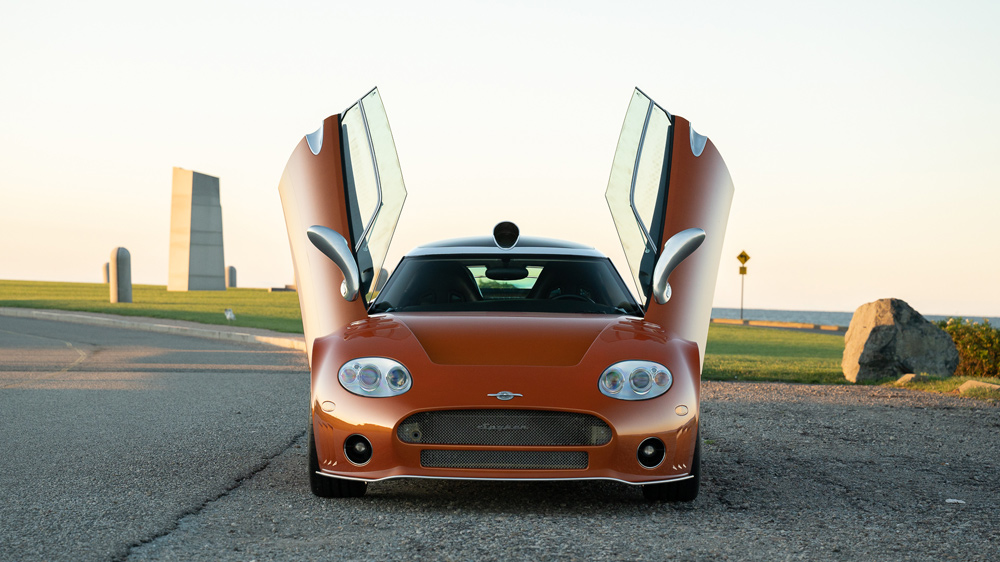 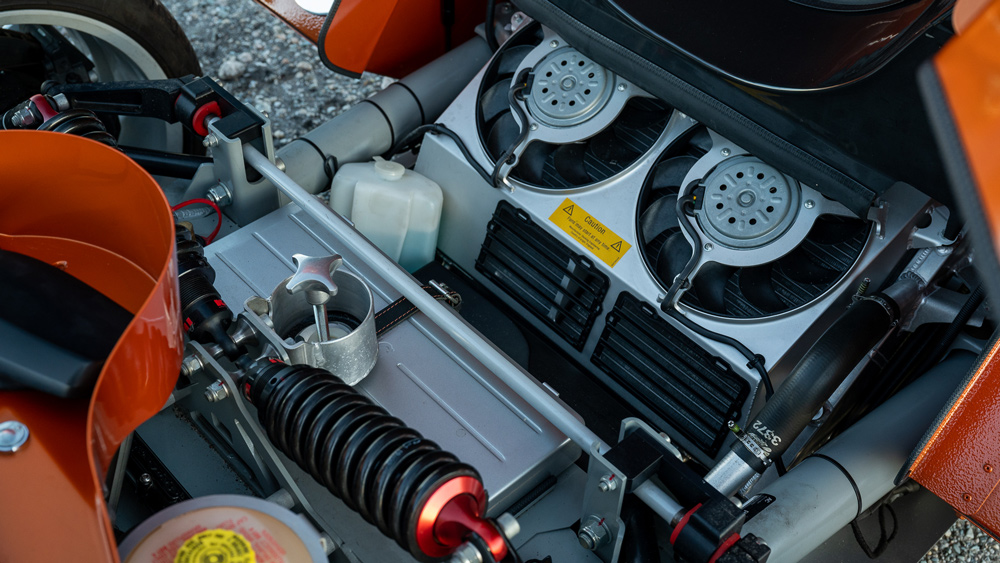 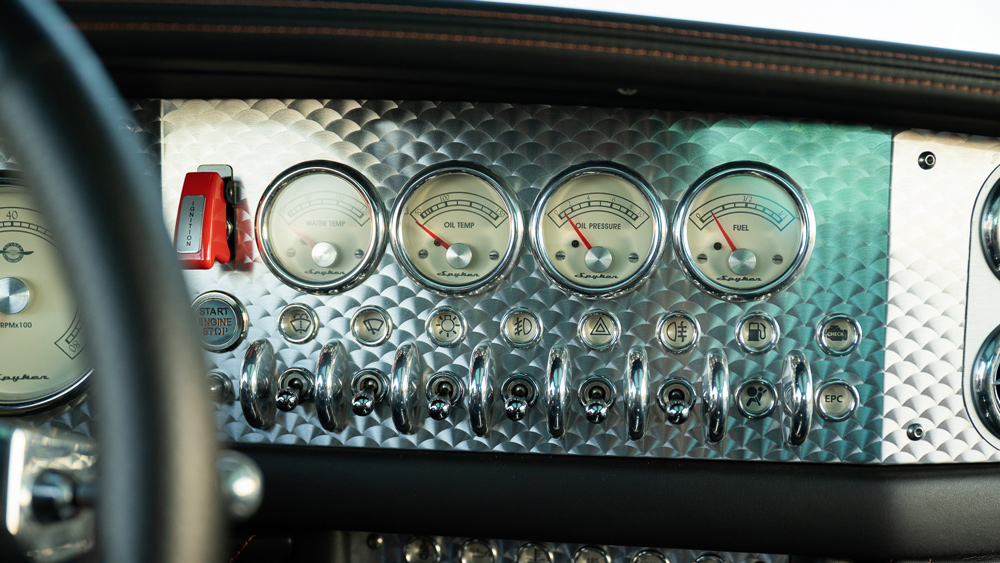 Exclusivity in the world of sports cars and luxury automobiles is relative. Porsches and Mercedes seem positively commonplace when compared to Ferraris and Bentleys, but even these series production cars are manufactured in the thousands annually. For drivers seeking something truly rare, a Spyker should fit the bill.

The historic Spyker company was founded in 1880 by brothers Jacobus and Hendrik Spijker. The pride of the Netherlands, Spyker enjoyed various successes in automobile and aircraft manufacture until its demise in 1925. Spyker Cars, likewise of Dutch origin, was founded in 1999. The new company’s design philosophy was inspired by the motto coined in Latin by the creators of the original Spyker race car in 1903: Nulla tenaci invia est via (For the tenacious, no road is impassable). Spyker Cars produced about 300 automobiles between 2000 and 2012, becoming a fascinating footnote in the recent history of the modern sports car.

The 2009 Spyker C8 Laviolette crossing the block at the Bonhams Audrain Concours Auction.  Photo by Toan Trinh, courtesy of Bonhams.

Priced starting at about $275,000 when new, the Spyker C8 model was built as a convertible and a coupé. The latter was called the Laviolette, named after Belgian engineer Joseph Valentin Laviolette, who had developed several successful Spyker racing cars in the early 1900s. Spyker constructed about 58 examples of the C8 coupe from 2001 to 2009, and with so few made, fresh ones like this car, sold new in the US and now with fewer than 700 miles on it, are particularly uncommon. One of four that left the factory in Burnt Almond Orange, this Spyker will be offered by Bonhams at its upcoming Audrain Concours Auction in Newport, R.I., on October 1. The car is estimated to fetch between $300,000 and $400,000.

One of only four examples to leave the factory in Burnt Almond Orange, this Spyker C8 is estimated to fetch between $300,000 and $400,000.  Photo by Toan Trinh, courtesy of Bonhams.

The Spyker C8 is all about aluminum. Its chassis is built from extruded box sections and folded sheet metal; the body is hand-formed and reveals some delightful details, like gun-turret side and roof air intakes and polished side mirrors. For those who appreciate the artisans who hammered aluminum during the golden era of Italian and British coachbuilding, the Spyker is the culmination of a dying art.

Upward-swinging swan-style doors are a signature of the Spyker C8 Laviolette.  Photo by Toan Trinh, courtesy of Bonhams.

Power comes from another aluminum jewel, Audi’s 4.2-liter V-8. Good for roughly 400 hp, the midship-mounted engine is mated to a manual six-speed Getrag gearbox that drives the rear wheels. The Spyker C8 seems diminutive compared to big, wide supercars, and at less than 2,800 pounds, is as light as it is compact.

This levity translates to razor-sharp handling and a seat-of-the-pants feel that is comparable to the experience behind the wheel of a Lotus or Noble. And the flexibility of the imperturbable Audi mill allows a fifth-gear drive from near idle to redline, a trait reminiscent of the early Lamborghini GTs and one which makes the Spyker a pussycat to drive around town.

The Spyker C8 (Spyder) was my personal vote for the 2006 Robb Report Car of the Year. Out of that field, the Spyker was the car that I, driven by emotion, wanted to own. Stunning to behold, that Spyker was also an absolute thrill to drive, and proof that not all of the most beautiful sports cars hail from south of the Alps.

Learn more about Robb Report’s 2022 Car of the Year at the event taking place in Napa Valley here and in Boca Raton here.