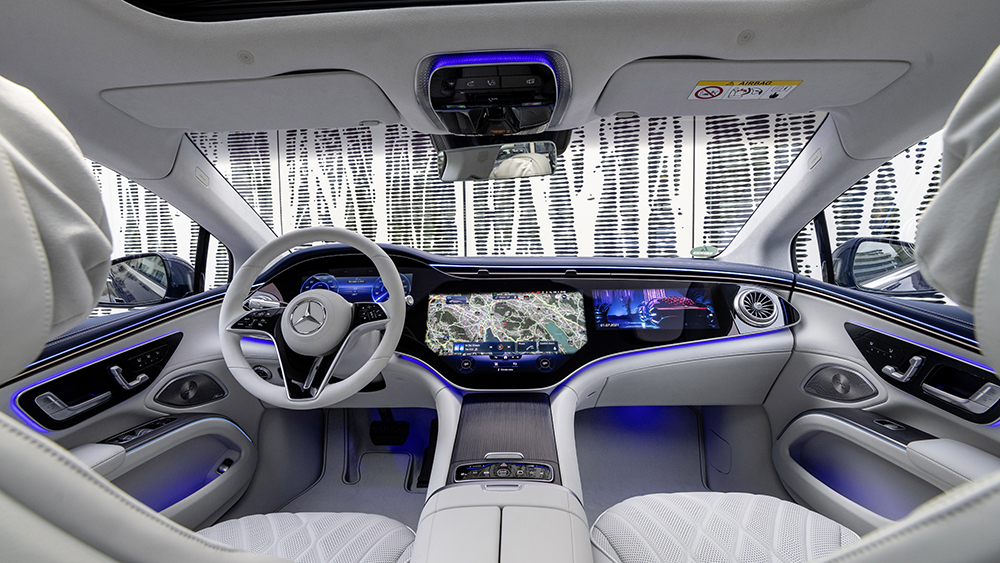 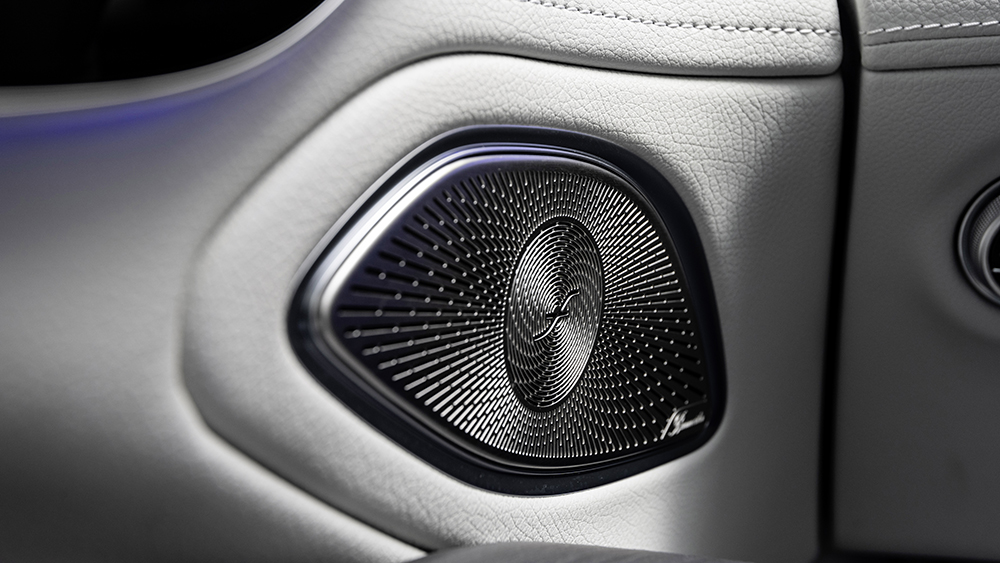 The Mercedes-Benz S-Class has long dominated the executive-sedan category with a simple formula, flawlessly executed: seamless propulsion, understated elegance and lavish, amenity-laden comfort. Then the world started paying attention to the electric revolution—S-Class customers included. In response, Mercedes-Benz has finally launched its EQS, the first fully electric luxury sedan from one of the industry’s founding marques, recognizably related to its internal-combustion-powered stablemate and yet a daring departure nonetheless. It’s an S-Class, but certainly not the kind you’re accustomed to.

The design is fittingly bold, though far from the prettiest bod Mercedes has produced. The battery-based architecture sitting beneath the occupants creates a low center of gravity, while the gently arcing roofline optimizes slippery aerodynamics with the so-called “one-bow” design, which cuts a single curve from tip to tail. The curiously cab-forward nose carries through a high-waisted midsection and resolves in a gently tapered rear hatch that opens to a sizable trunk. Some may quibble about its unconventional proportions, but it’s all to a purpose: The EQS cuts through the air with minimal disruption, delivering a 0.20 drag coefficient—the lowest of any production car.

The interior of the new EQS from Mercedes-EQ.  Mercedes-Benz

The optional self-opening doors welcome the driver with an eerily silent sweep, then seal you in with a gentle thunk. Inside the futuristic exterior, you’ll find familiar executive-sedan materials such as leather and natural-grain wood, much like in a standard S-Class. But the arched roof dictates some of the interior ergonomics, placing the dashboard unusually high against the windscreen.

Still, the EQS evokes a feeling of well-crafted, old-world solidity despite its unrepentant digitization, which includes a 12.3-inch virtual instrument panel, a 12.8-inch central display and an available Hyperscreen, which adds a customizable touchscreen display ahead of the front passenger.

Despite the newfangled bits, the EQS largely retains all the kinesthetic touchpoints that make the S-Class a nearly unbeatable benchmark in its segment. One turn of the thick-rimmed, leather-lined steering wheel reveals the perfect weight: just enough drag to suggest heft, precisely enough lightness to infer ease. Similarly well-balanced is the accelerator pedal, which summons 419 ft lbs of torque to the rear wheels in the 450+ model and 631 ft lbs to all four corners in the dual-motor-powered 580 4Matic.

The thrust is discreetly quiet yet satisfyingly insistent; the plush head pillow sees plenty of action during acceleration. While not as brutally quick as, say, Tesla’s 1,000 hp Model S Plaid, the EQS covers zero to 60 mph in 4.1 seconds—expedient, not ludicrous. The four modes of regenerative braking are precisely calibrated, enabling effortless coasting, moderate resistance or just enough deceleration to bring the nearly three-ton sedan to a smooth stop during city driving with nothing more than a lift off the throttle.

Considering the weight, the vehicle’s vault-like construction doesn’t hamper it in most corners, with four-wheel steering helping to place the heavy sedan with relative sprightliness. Only when pushed hard does the car’s bulk reveal itself, especially the dual-motor version, which carries an extra 291 pounds over the front axle. The trade-off comes when tackling bumps and potholes, which the EQS handles with a grace that complements its whisper-quiet ride. The estimated range, in excess of 400 miles, promises to at least match the competition.

See also  Genesis’s CCO on a Future Beyond ‘Premium Hyundais’

If this model proves anything, it’s that legacy carmakers, long advancing internal-combustion power trains, can bring a sense of gravitas to the electrification game that more recent players often miss or simply can’t execute. While not the first to market, the Mercedes-Benz EQS is a formidable counterpunch to the new kids on the block.