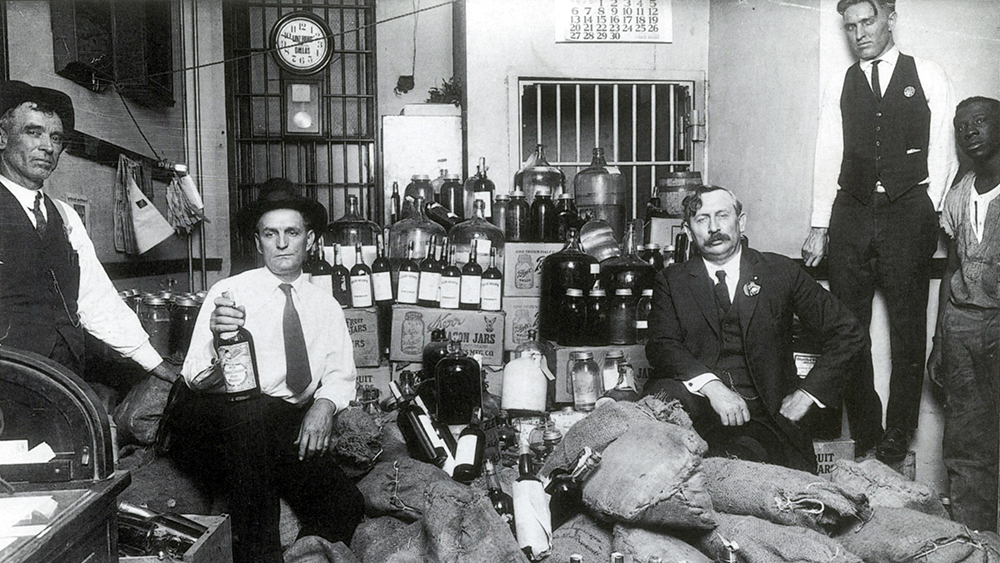 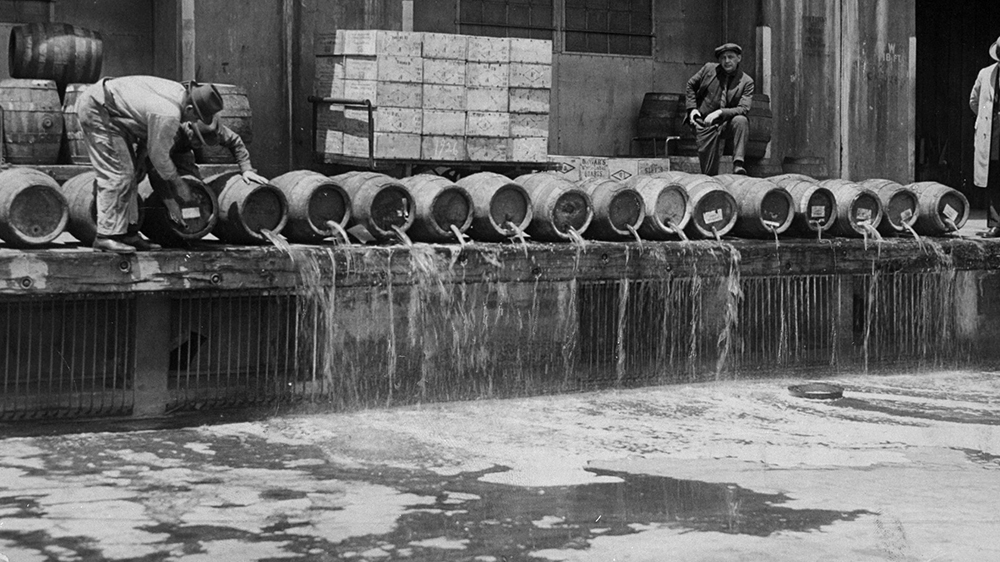 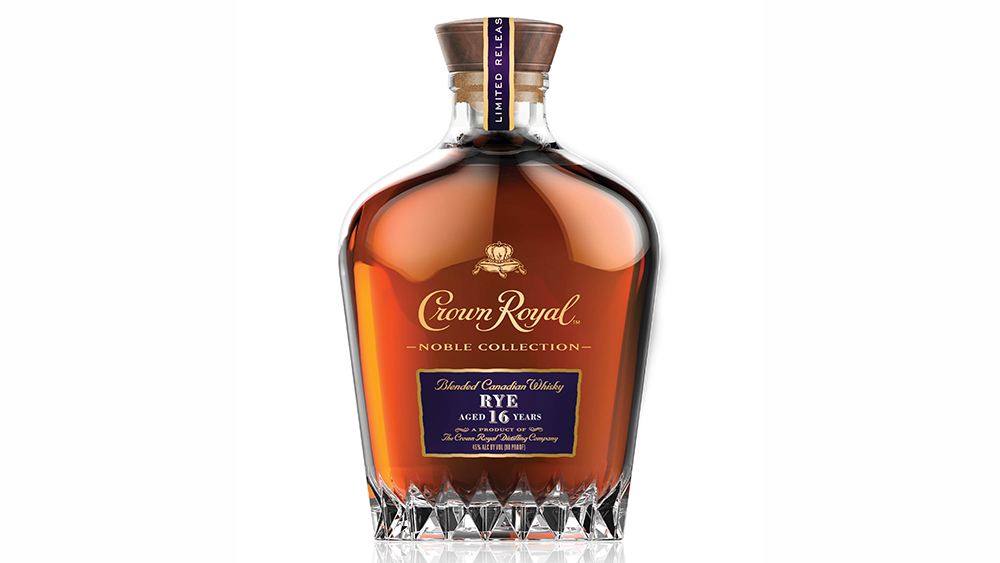 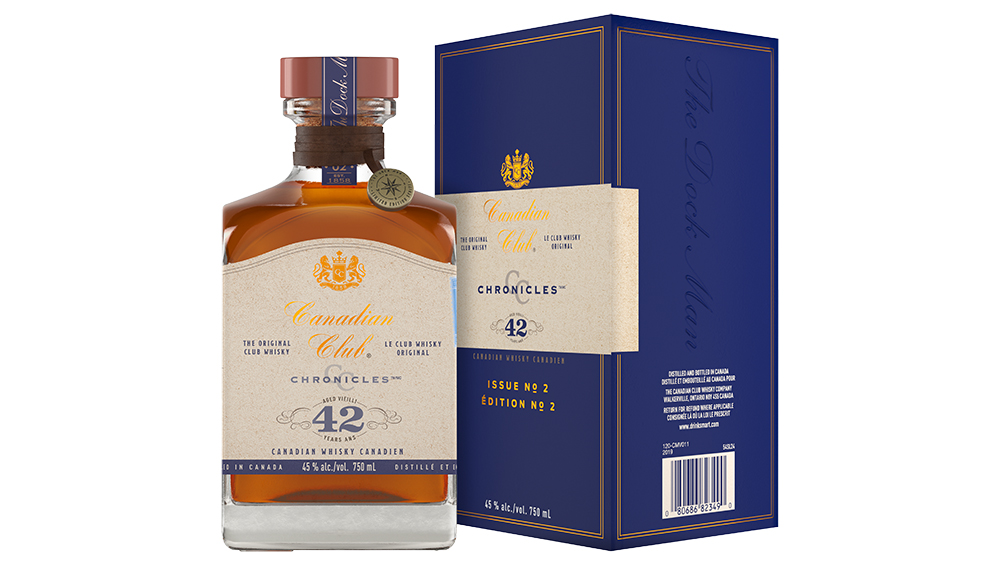 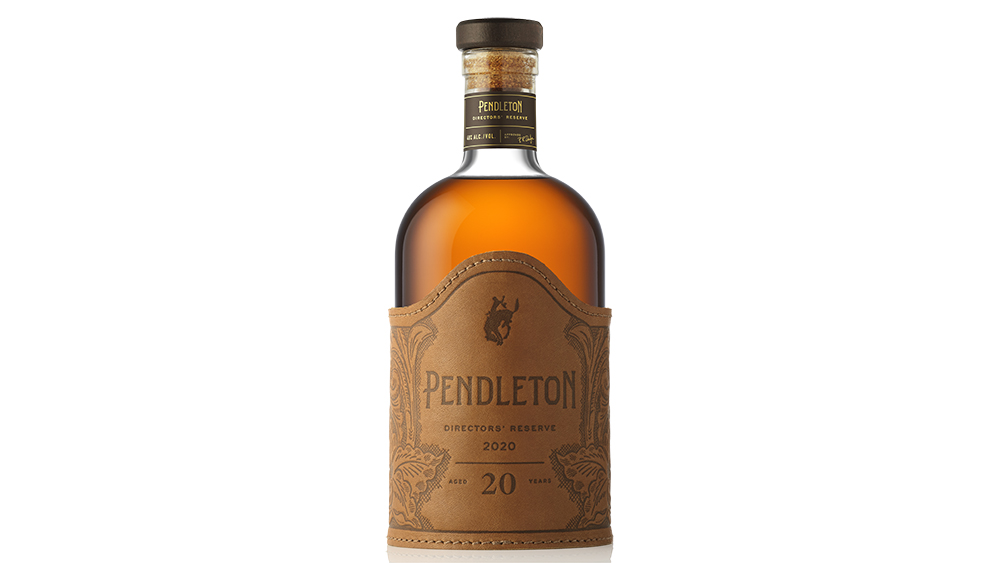 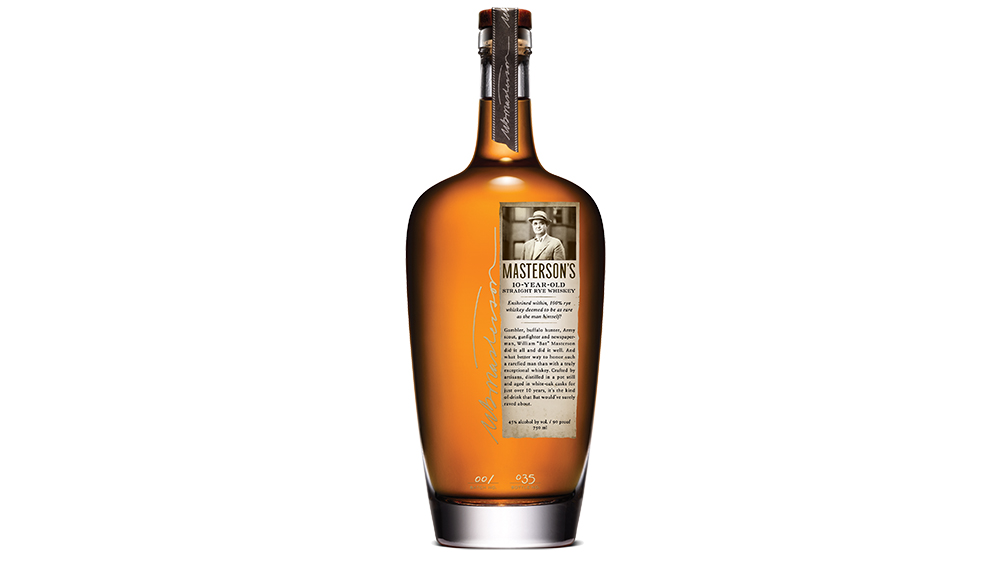 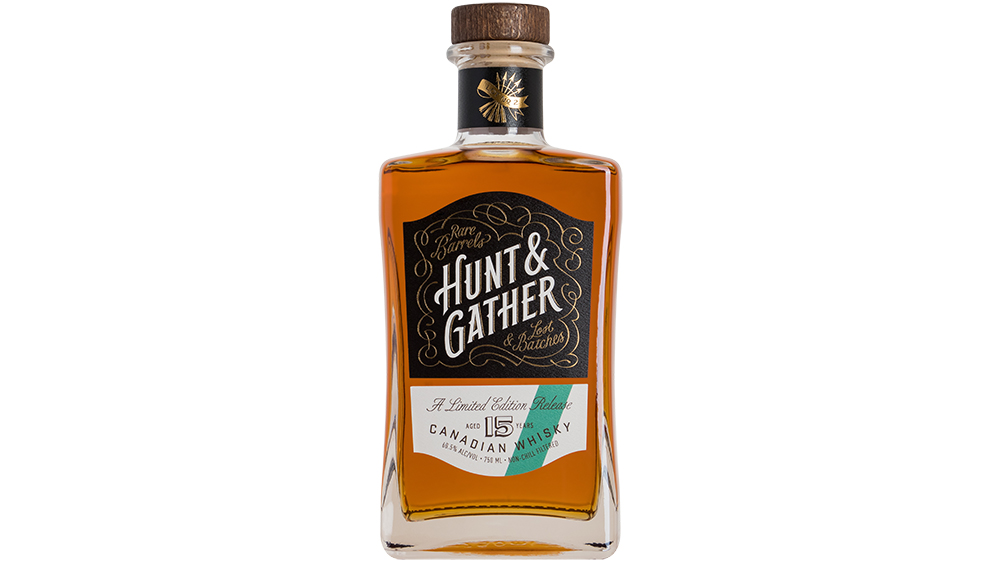 The early days of Prohibition more than a century ago accomplished the intended feat of getting Americans off the sauce. In 1920, alcohol consumption in the US fell to less than a third of pre–18th Amendment levels. However, the government couldn’t keep Americans from their hooch for long. As the Roaring ’20s took off, so did our drinking—returning to upwards of 70 percent of pre-Prohibition consumption levels. For this, Americans have Canadians to thank.

While criminal syndicates thrived by making sketchy bathtub gin that they sold to speakeasies, the good stuff came from our neighbors to the north. That’s because although Canada had enacted its own prohibition before the US, its temperance laws still allowed for the manufacture and export of alcohol. So Harry Hatch—who owned distilleries like Hiram Walker in the 1920s—was not about to let his American neighbors go thirsty.

According to Davin de Kergommeaux, author of Canadian Whisky: The New Portable Expert and The Definitive Guide to Canadian Distilleries, a collective of fishermen turned rumrunners called Hatch’s Navy would help deliver liquor across Lake Ontario to bootleggers waiting on the American side. “They could hide out in the islands at the border and then unload their booze and be back in Canada before anybody knew the difference,” the author and historian says. “We had people in Detroit who would signal when the coast was clear for the booze to come across.”

Prohibition banned the sale, production, importation and transportation of alcohol from 1920 to 1933, leading to a black market for booze.  Science History Images/Alamy Stock Photo

Similarly, Samuel Bronfman, a hotelier turned whisky maker in Manitoba, gladly sold his wares to Americans. Except he didn’t participate in rumrunning himself, instead creating a proto-distribution model where he let other people cross the border with his product for him. It became successful enough that he bought out Canadian rival Seagram’s and kept the name while leading the company to market dominance.

Hiram Walker’s Canadian Club and Seagram’s VO thrived as some of the most popular brands during Prohibition, with Canadian Club’s own official history now claiming it to be the “No. 1 smuggled whisky in the US” during the Noble Experiment. Those brands weren’t alone. Canada also had a deep stock of whisky made in the style of American bourbon and rye crossing the border. So much so, that in 1935, the US Treasury secretary sought $60 million in back excise taxes (the equivalent of $1.2 billion today) from Canadian distillers for spirits that illegally traveled south during Prohibition.

Following that era, Canadian amber continued to hold sway even as American distilleries reopened. Partly because the Canadians had the advantage of aging longer than their US counterparts who were rebuilding their stocks from scratch. According to de Kergommeaux, some American companies were actually filling bottles with Canadian whisky, like the Calvert distillery in Maryland. “Seagram’s bought [Calvert] and filled those bottles with Canadian whisky because it was mature and tasted better,” he says. “[Bronfman and Seagram’s] had deliberately been maturing more whisky than they could sell during Prohibition in anticipation of it ending.”

Brands like Canadian Club and Crown Royal remained immensely popular in the US, with Don Draper types sipping smooth north-of-the-border whiskies during America’s post-war boom years. While those distillers still moved units for years to come, the glory years faded as innovation in Canadian whisky waned, paling against the vigor of the American craft movement of the past generation.

See also  Archaeologists Have Discovered the Oldest Jewelry on Record and It Dates Back 150,000 Years

That’s begun to change. “We’re 10 to 20 years behind the States in the craft distilling movement, but we have truly wonderful whiskies,” de Kergommeaux says, pointing to the founding of Forty Creek Whisky in Ontario almost 30 years ago as a turning point for the category. The past decade has seen an explosion of Canadian craft distilleries, with more than 250 currently in operation. These include peated ryes, whisky produced in a variety of cask types and single malts made from malted grains beyond barley. A century ago, Americans looked north because that was the only booze they could get. Now, Canadians are making whisky worth seeking out even with the abundance of options Stateside.

Canadian whisky has come a long way since Prohibition, and its future looks richer than ever with new small-batch releases and unique expressions from established makers. Here are five to taste now, below.

This 16-year-old rye debuted in early 2021 as part of Crown Royal’s Noble Collection, a series showcasing the variety of whiskies made at the distillery using different mash bills, cask types and maturation periods. Spice and fruit are balanced by hints of vanilla and caramel.

This ultra-premium bottle is something you’d expect more from a single malt scotch than a Canadian whisky. But Canadian Club produces some very good expressions, including this mature and flavorful spirit, the second release in the brand’s CC Chronicles series. Look for baking spice notes rounded out by brown sugar, honey and dried fruit.

This high-end blended whisky is distilled in Canada, but cut to proof using Oregon glacial spring water by Hood River Distillers in Portland, Ore. It’s aged for 20 years, bringing a depth of flavor on par with a similarly matured scotch.

This 100 percent rye whiskey (spelled with the “e”) is distilled in pot stills and aged for a decade in white oak barrels, before being imported and bottled by Deutsch Family Wine and Spirits. Fans of American ryes will enjoy the balance of spice, floral and sweet notes in a sip.

The source of this whisky is undisclosed, but it’s a potent spirit that’s rich and tasty. It’s aged for 15 years, non-chill filtered and bottled at a hefty 123 proof. That intensity is softened by a mash bill with a high percentage of corn (unusual for a Canadian whisky), bringing a bourbon-like character of sweet grain and brown sugar to the fore. 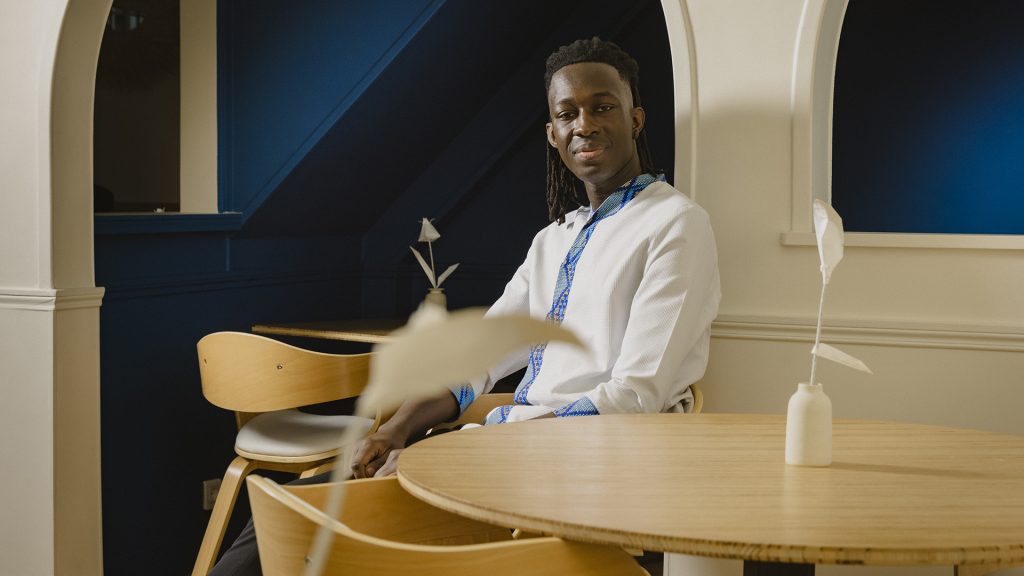 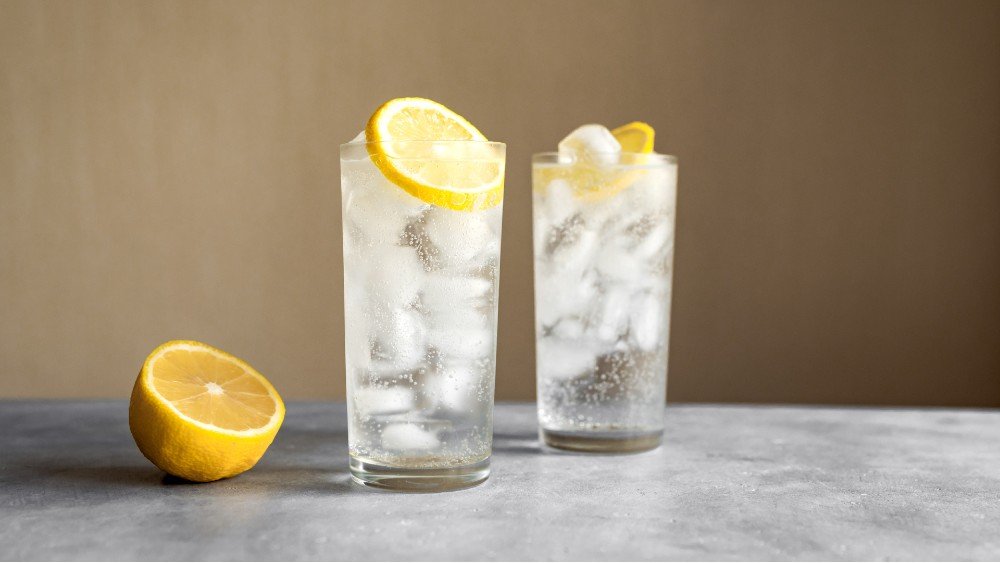