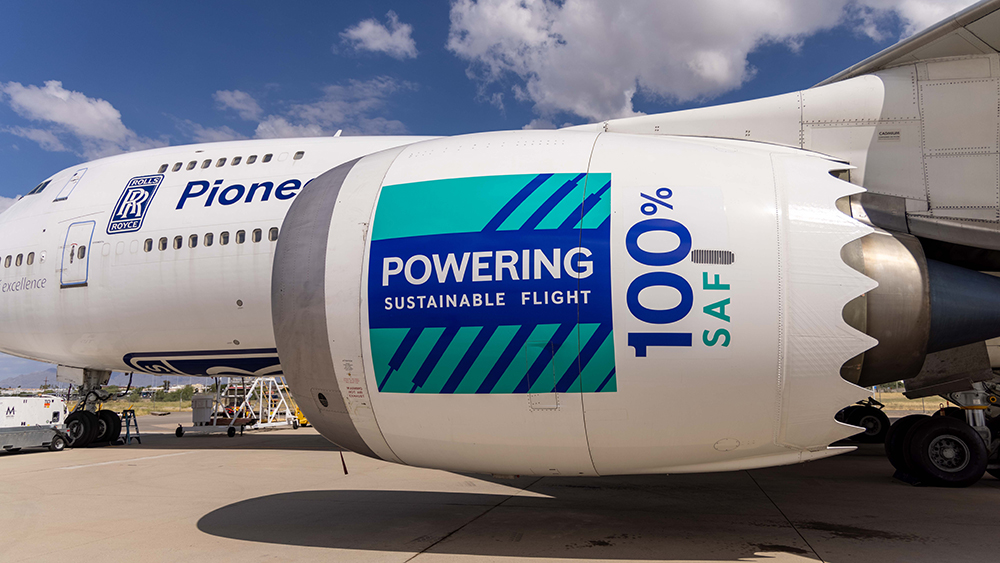 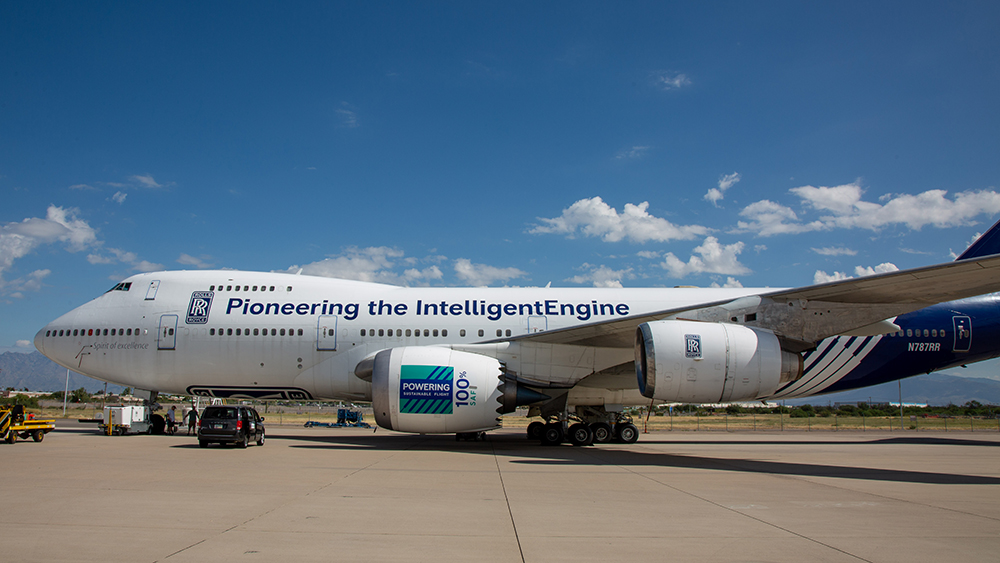 The world may be one step closer to cleaner air travel thanks to Rolls-Royce.

The company has just completed a successful test flight in a Boeing jumbo jet using 100 percent Sustainable Aviation Fuel (SAF). The 747 in question was equipped with a Trent 1000 turbofan engine running solely on unblended SAF while the remaining three RB211 mills used standard jet fuel, according to Rolls-Royce. Boeing was on hand to provide technical support, while World Energy provided the low-carbon fuel for the flight.

The aircraft flew from Tuscon airport in Arizona across New Mexico and Texas, before arriving back at the airport just shy of four hours later. Rolls-Royce said there were no engineering issues during the test, which is further proof that SAF is a viable alternative to fossil jet fuel and could be suitable for commercial use.

One of the 747’s engines ran solely on unblended SAF.  Rolls-Royce

To recap, SAF is made from waste materials, such as the cooking oil or animal fats used in restaurants. Instead of flooding landfills, the waste is turned into this sustainable jet fuel that reduces carbon dioxide emissions by up to 80 percent. The biofuel also results in 90 percent less particulate matter (that white stuff you see in the sky) and eliminates sulfur oxide.

Aircraft are currently only certified to operate on a maximum of 50 percent SAF blended with conventional jet fuel, though Rolls-Royce says it continues to support efforts to green light non-blended SAF. In fact, just last week, the company announced plans to make all its Trent engines compatible with 100 percent SAF by 2023.

“We believe in air travel as a force for cultural good, but we also recognize the need to take action to decarbonize our industry,” Simon Burr, Rolls-Royce’s director of product development and technology for civil aerospace, said in a statement. “This flight is another example of collaboration across the value chain to make sure all the aircraft technology solutions are in place to enable a smooth introduction of 100 percent SAF into our industry.”

The flight proved SAF is a viable alternative to fossil jet fuel.  Rolls-Royce

World Energy is the world’s first (and America’s only) SAF producer currently working on a commercial scale, though that may soon change. President Biden recently recognized the need to significantly increase the production of SAF, launching a sustainable Aviation Fuel Grand Challenge to produce 3 billion gallons of the fuel a year by 2030. This is part of a wider aviation climate action plan that is to be released in the coming months.