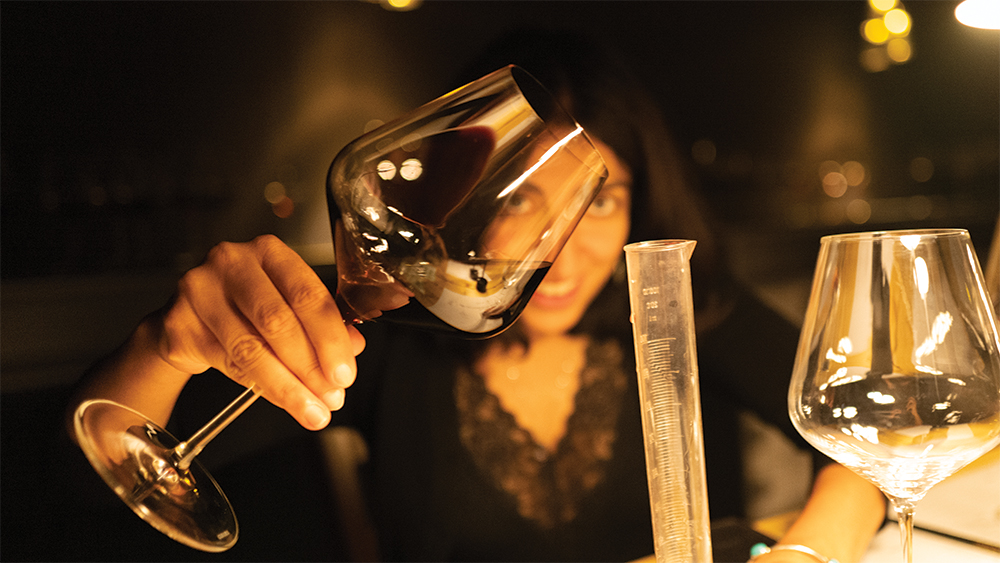 For some, wine is the lens through which they view the world. Such oenophiles spend vacations in the great producing regions around the globe, hunting for both rare bottles and enlightening conversations with top winemakers, discerning a land’s culture via its vines and grapes and soil.

Now there’s a community of people who not only share that vinous worldview but take it a step further. The Vines, an exclusive new membership club, offers enthusiasts “blending escapes” to some of the world’s finest wine regions where, over the course of three or four days, you’ll work with leading local winemakers and producers, learning about their processes and traditions and tasting base wines in order to create a barrel of your own—25 cases of a uniquely personal blend, bottled and shipped to your cellar when the time is right. (While the wine matures, you’ll collaborate with a designer to create your custom label.) During your trip, the Vines will also facilitate a deep dive into the local culinary, entertainment and art scenes.

Like-minded oenophiles connect and blend in the world’s best wine regions, including Priorat, Spain and Montalcino, Italy (pictured).  The Vines

“It’s a bit like the Explorers Club meets the Sierra Club meets the James Beard society,” says Vines CEO and founder Michael Evans. “We get to know our regions intimately by cooking with world-renowned chefs, learning from world-class musicians and artists and engaging with local authors,” as well as connecting travelers with “the people, restaurants and activities that our local winemakers, members and friends return to over and over—the hidden trattoria on a back street of Montalcino, the fishmonger in Barcelona, or even attending the Ordre des Coteaux de Champagne black-tie gala.” Recent itineraries have also included going backstage with the Foo Fighters and cooking with Argentina’s legendary open-fire virtuoso, Francis Mallmann.

Membership comes by way of an application questionnaire on the website, with an initial joining fee of $100,000 and annual dues ranging from $1,500 to $3,000 per quarter, which include a $2,000 credit toward the wine you produce, the cost of which can range from $6,000 to $37,000, depending on the region. It also comes with access to your own private wine concierge, to track down hard-to-find bottles or curate a wine list for a special occasion, plus cases of “discovery wine” sent to you throughout the year so the team can learn what you like and where you might like to travel next. With eight partner producers now—including Germany’s Ernst Loosen and Michel Drappier, of Champagne—and more coming on board, the world is just waiting for its next great winemaker: you.